1. The first step is to extract the juice from the raisins. To do this give all the raisins a brief wash in near boiling water to remove the waxy coat that the produces apply. Allow the raisins to cool enough to handle and then cut them up as small as you can. Simmer the raisins in just enough water to cover them for 5 minutes or so. After they have boiled and cooled slightly extract the juice by means of a muslin cloth. Put the juice aside as it is needed latter on.

2. Scrub the parsnips well but do not peel them. Slice them thinly and put them in a large saucepan or preserving pan. If you have a pan big enough boil them in in 1 gallon of could water, or like me if your biggest pan is not quite big enough, cook half the parsnips and half of a gallon of water at a time. Cook the parsnips until they are tender, but not mashy. When they are cooked, strain the liquid off and return it to the pan. The parsnips can now either be eaten or thrown away, its your choice.

3. Extract the juice and the rind (not the pith) from the lemon and add it with the 3lb of sugar and the raisin juice to the pan. Simmer for three quarters of an hour, stirring occasionally. Strain again into a plastic bucket and then lukewarm add the pectic enzyme and the crushed campden tablet. Then leave for 24 hours, placing the bucket in warm room.

4. Add the yeast and the yeast nutrient to the must and cover the bucket with a sanitized tea towel (pour boiling water over it) and leave in the warm for four days, then stir it well, strain into a fermentation demi-john. Fit an airlock and allow it to ferment until dry.

5. A little feeding with a tablespoonful or two of sugar may be helpful if fermentation seems slow. Your parsnip wine will be drinkable in six months. But much better if you can leave it longer.

Here are some photos of wines I have made with this recipe: 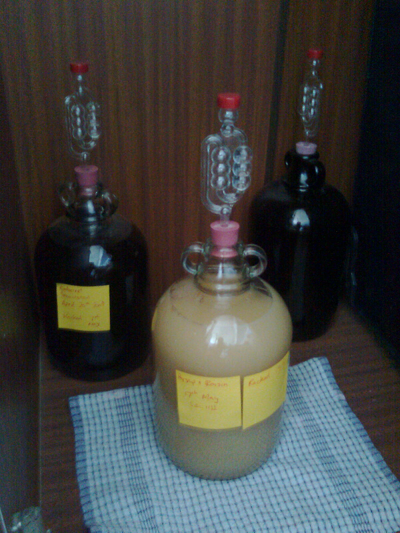 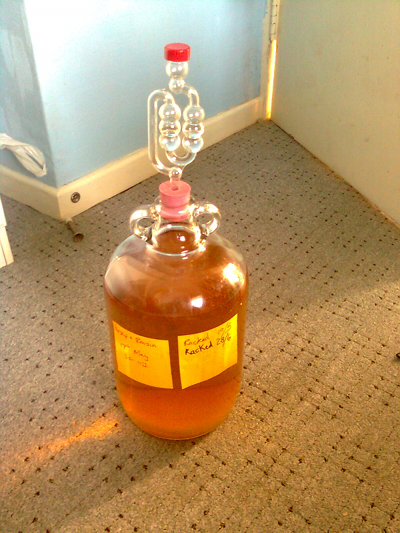 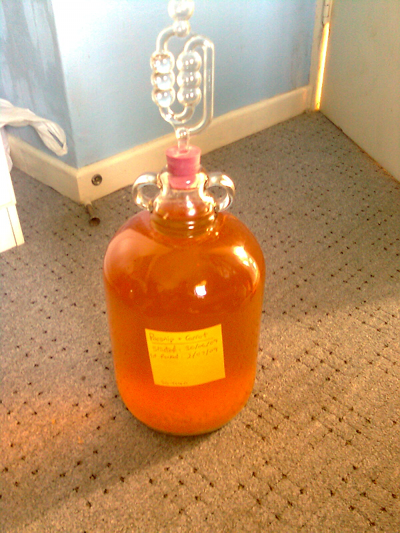